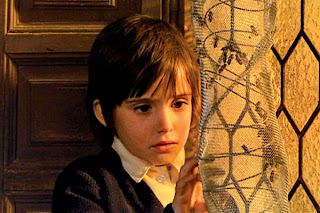 Haunting and beautiful, an oneiric portrait of the desolate and broken landscape of youth in post civil-war Spain, the Spirit of the Beehive is widely considered to be a masterpiece of Spanish cinema. On the surface the film is about the trauma of the visual; a young girl in a rural village attends a traveling film screening where she views Jame's Whale's Frankenstein and soon after begins to roam the countryside looking for the monster. Director Victor Erice masterfully crafts this incredibly lyrical film as a tribute to the seeping darkness that otherwise is known as coming to consciousness.