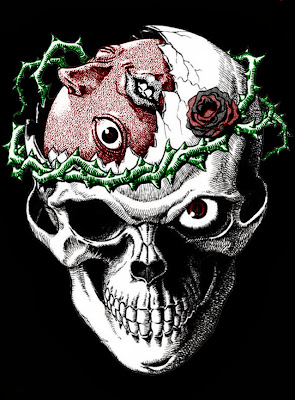 Berserk is a long-running seinen manga by legendary manga-ka Kentaro Miura. It is an incredibly dark and deeply textured tale centering on two men; the black swordsman: Guts, and the leader of the Band of the Hawk: Griffith. The first volume of the manga was published on November 26, 1990 by Hakusensha in it's Jets Comics collection.

In 1992, after the publication of three more volumes, Berserk was serialized in Young Animal. The series was adapted into a twenty-five episode series covering the series' first story arc from October 7, 1997 to March 31, 1998.

It should be noted that Berserk, the manga, is still running and still features some of the best artwork ever created for the medium. Miura is an undisputed master and Berserk is his masterpiece. The series gets progressively more supernatural as it goes forward and fans who began the series in the nineties are still eagerly awaiting it's conclusion.

The anime series below is an excellent introduction into the Berserk universe and covers the first major story arc of the manga, The Golden Age, extremely faithfully. As good as the anime is (and it is good), the manga is better, and so if you like the show I assure you, you will need to read the series, especially since (without giving anything away) the show ends extremely abruptly and at a very insane cliffhanger that if you are anything like me, will just encourage you to read through the entirety of the manga, probably as quickly as possible.
Email ThisBlogThis!Share to TwitterShare to FacebookShare to Pinterest