The Skull Beneath the Skin: Dream Anatomy

I originally intended this post to be solely about Frederik Ruysch the dutch anatomist known for his bizarre compositions featuring the skeletal systems of children and infants mingling in landscapes of human and animal bones. Ruysch had his own 'museum of curiosities' where he actually assembled macabre dioramas like the ones he drew. Ruysch was one of the first great proponents of preserving the anatomical specimen and visitors from all over Europe would come to his museum of anatomical curios to see them. He was Amsterdam's chief instructor of midwives and the legal doctor to the court which allowed him access to the bodies of stillborn and dead infants, the selfsame he used to create his scenes. Interestingly, and I have Giornale Nuovo to thank for this, Conte Giacomo Leopardi, the Italian poet and philosopher published a fictional dialogue entitled Dialogue Between Frederik Ruysch and his Mummies in 1824 where Ruysch is awoken in the dead of night by his specimens chanting, restored temporarily to life by some bizarre astrological phenomena.
An excerpt:

RUYSCH. …but since time is short and leaves no choice, let me know in brief what kind of sensations of body and mind you experienced at the point of death.
MUMMY. I didn’t notice the actual point of death.
THE OTHER MUMMIES. We didn’t either.
RUYSCH. How come you didn’t notice it?
MUMMY. Just as you never notice the moment you begin to sleep, no matter how much attention you pay.
RUYSCH. But to fall asleep is natural.
MUMMY. And you don’t think dying is natural? Show me a man, or an animal, or a plant that doesn’t die.
RUYSCH. I’m no longer surprised that you go on singing and talking if you didn’t notice when you died. ‘Unwitting of the blow, he went ahead/Combatting still, and yet already dead,’ writes an Italian poet. I thought that on this question of death, those like you would know something more than the living. But going back to our subject, at the point of death didn’t you feel any pain?
MUMMY. What kind of pain can it be if one who feels it doesn’t notice it?
RUYSCH. At any rate, all are convinced that the sensation of death is extremely painful.
MUMMY. As if death were a sensation, and not the opposite…

RUYSCH. Then what is death if it’s not pain?
MUMMY. Pleasure rather than anything else. You should know that dying, like falling asleep, does not take place in an instant, but by degrees. True, these degrees are more or less greater or smaller according to the variety of the causes and to the kinds of death. In the last moment, death brings neither pain nor pleasure, no more than does sleep. In the preceding moments it cannot produce pain becaise pain is something alive, and, at that time, that is, after the beginning of death, man’s senses are moribund, which is like saying weakened in the extreme. It may well be a cause of pleasure, for pleasure is not always something alive; in fact, most human pleasures consist in some sort of langour, so that man’s senses are capable of pleasure even when they are near extinction since very often langour itself is pleasure, especially when it frees you from suffering; for, as you well know, the cessation of pain or discomfort is in itself pleasure. So, the langour of death ought to be the more welcome as it frees man from greater suffering…

When I stumbled upon the dream anatomy exhibition page from the National Library of Medicine I decided that I should broaden the scope of the post to include more of the incredible anatomical drawings that I've long been fascinated with. All the images and information below come from that exhibition. Many more images worth checking out are on the exhibition website. 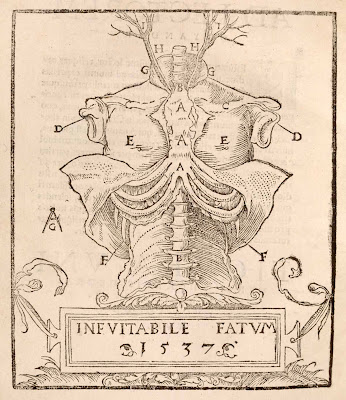 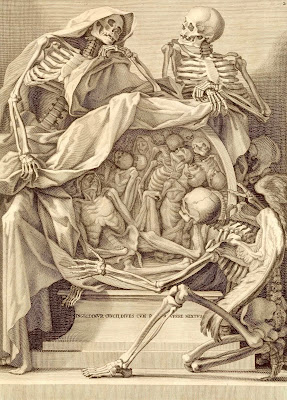 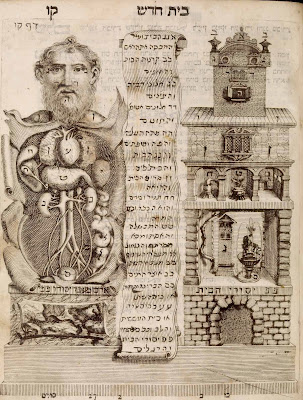 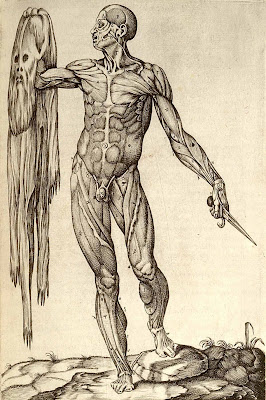 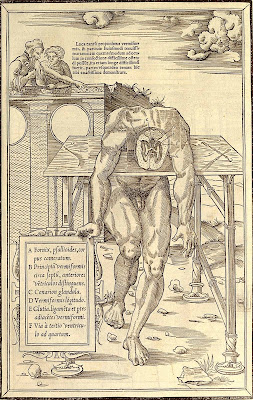 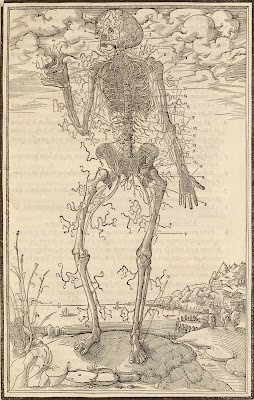 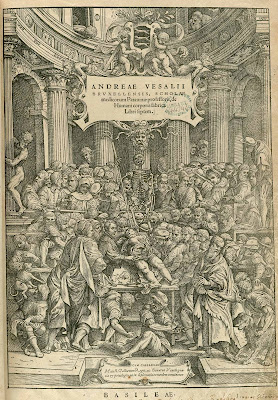 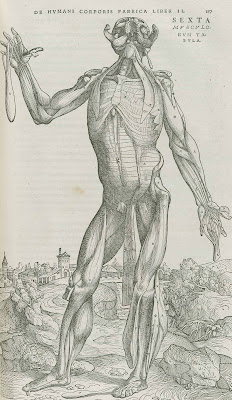 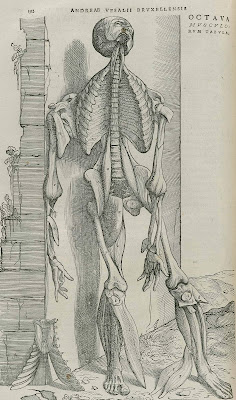 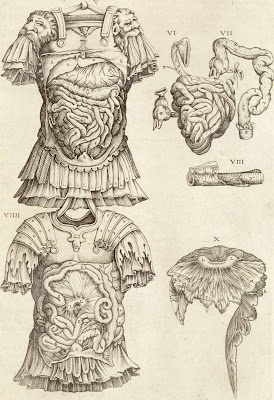 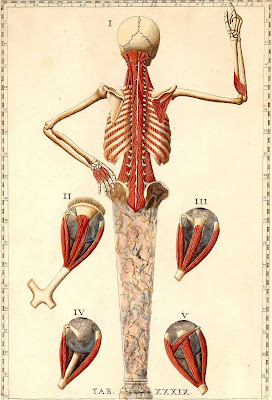 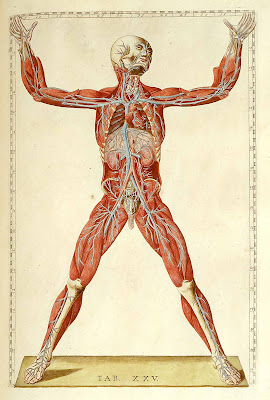 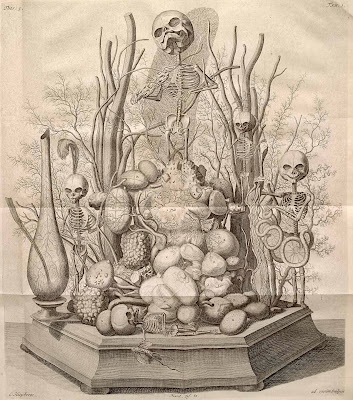 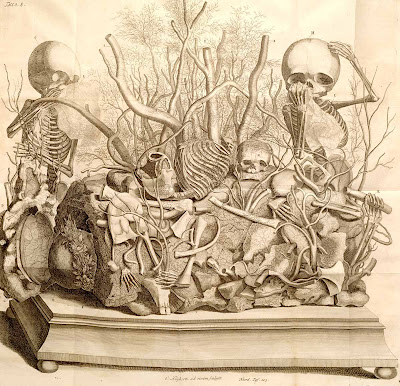 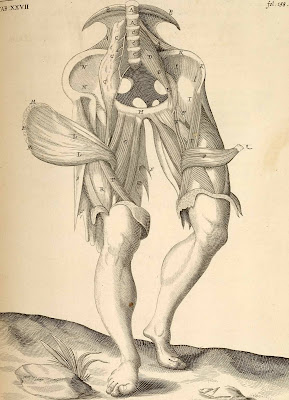 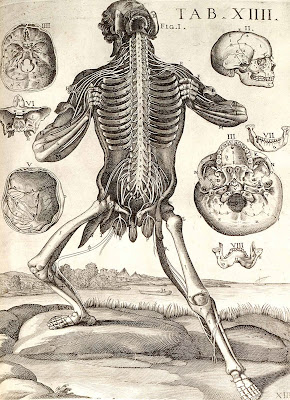 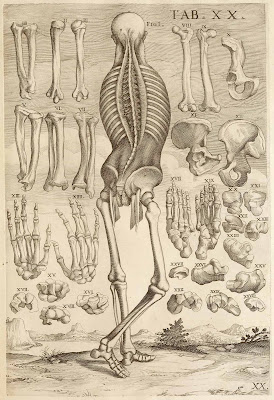 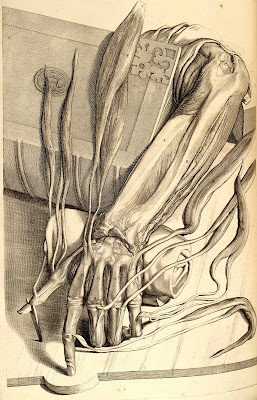 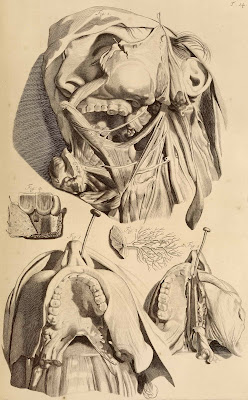 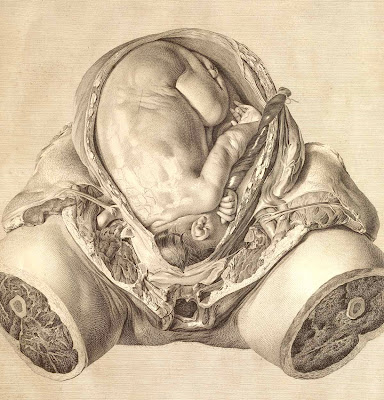 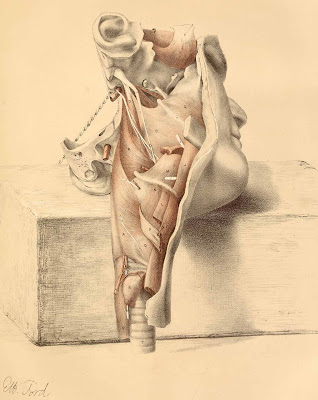 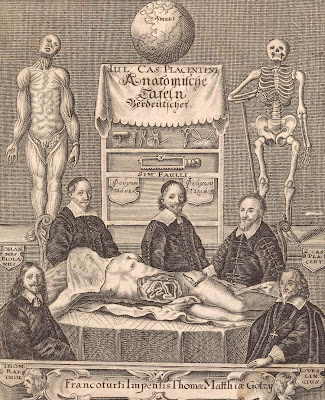 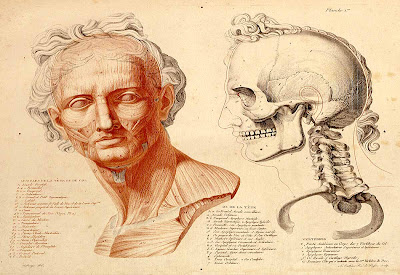