The Prisoner- The Complete Series 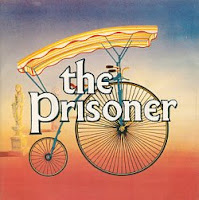 Those who know me know of my long and abiding obsession with the 17 episode 1960s british Sci-Fi/Spy television show the Prisoner. In my opinion the Prisoner was probably the first television show (and one of the only ones to this day) that can be considered as a work of art. On a purely literary, or textual level, the entire show functions as a massive critique of the spy-serial genre, taking all the recycled and expected plot elements from Danger Man (known in the U.S. as Secret Agent Man), and turning them on their head, exposing them as hollow and politically compromised residual elements of a nationalist surveillance state percolating all around the space of the screen but never within it. This is precisely why Patrick McGoohan decided to make the Prisoner after his work on Danger Man. His deep thinking about the social and political role he played in Danger Man made him the perfect, and only person qualified to launch such a critique. The Prisoner is much more than a genre critique however, and its unfair to only think of it in those terms. It is a stunning show with impeccable acting and writing. The basic plot follows a former secret agent (McGoohan) who is held prisoner in a mysterious seaside village where his captors try to find out why he abruptly resigned from his job. Each episode Mcgoohan attempts an escape from his captors, unraveling slowly the precarity of his situation each time his attempt is thwarted, slowly learning more and more about the prison he is held in and its striking similarity to the social and political situation of the home land. The show is incredibly complex, and the last episode is so incredibly confusing and shot through with symbolism that it caused an uproar when it was finally shown. Audiences did not at the time have any clue what to make of the seemingly absurdist spectacle, they wanted answers, real closure like in a real spy serial. Mcgoohan had no intention of giving it to them. The last episode, entitled FALLOUT raises many more questions than it answers, the way it should be. I cannot recommend this series enough.