Metachaos, from Greek Meta (beyond) and Chaos (the abyss where the eternally-formless state of the universe hides), indicates a primordial shape of ameba, which lacks in precise morphology, and it is characterized by mutation and mitosis. In fact the bodies represented in METACHAOS, even though they are characterized by an apparently anthropomorphous appearance, in reality they are without identity and conscience. They exist confined in a spaceless and timeless state, an hostile and decadent hyperuranium where a fortress, in perpetual movement, dominates the landscape in defense of a supercelestial, harmonic but fragile parallel dimension. In its destructive instinct of violating the dimensional limbo, the mutant horde penetrates the intimacy of the fortress, laying siege like a virus. Similar to the balance of a philological continuum in human species, bringing the status of things back to the primordial broth. METACHAOS is a multidisciplinary audio-visual project, articulated in a short film, a set of photography and mix-technique paintings. The purpose of the project is to represent the most tragic aspects of the human nature and of its motion, such as war, madness, social change and hate. - Alessandro Bavari 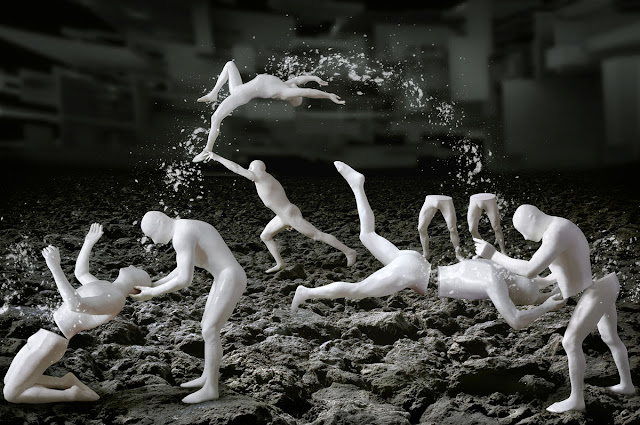 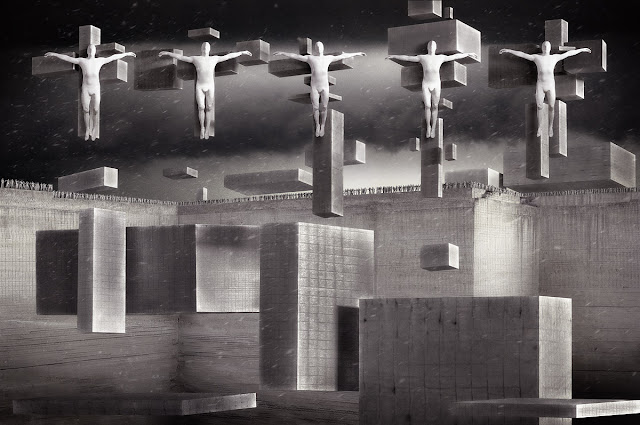 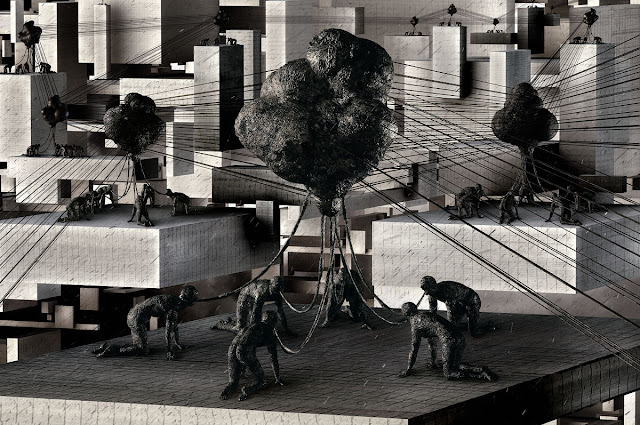 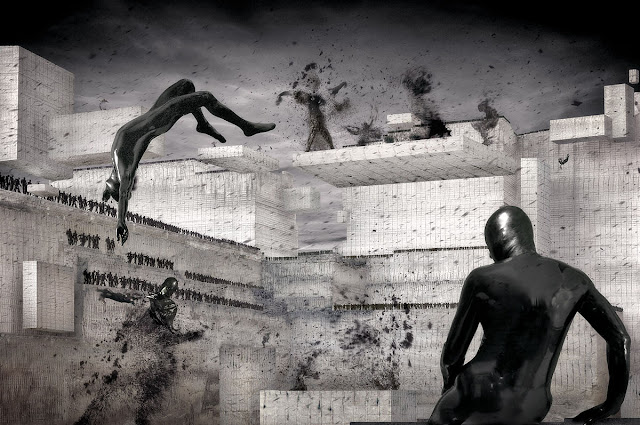 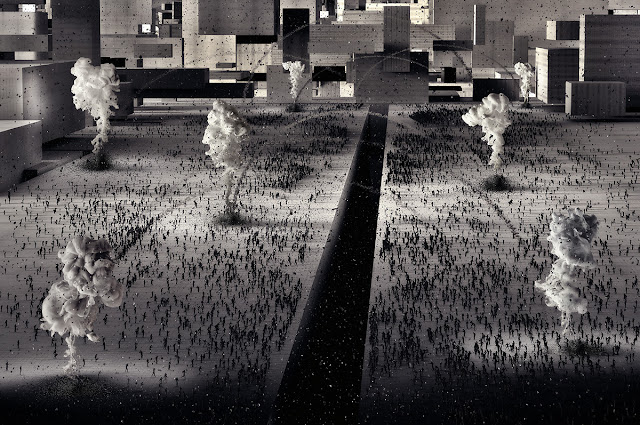 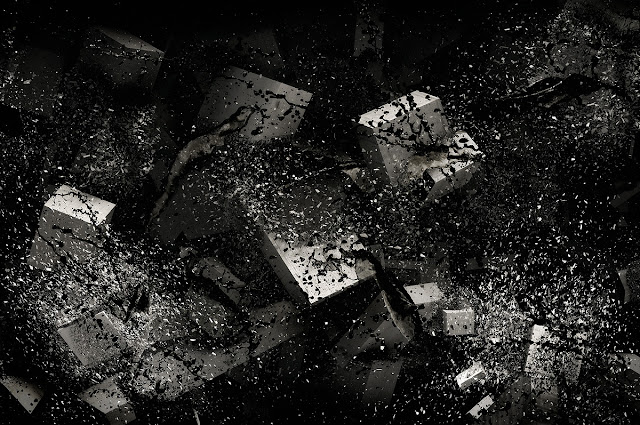 (Metachaos)
Email ThisBlogThis!Share to TwitterShare to FacebookShare to Pinterest