Reed Crandall's graphic adaptation of Ray Bradbury's eminently creepy short story The October Game appeared in Vol. 1 #9 of EC Comics now legendary (but tragically short lived) Shock Suspenstories in 1953. EC Comics were consistently producing a caliber of graphic work in the comics medium that totally unheard of at that time. EC comics are often defined by their wordy/text centric layout with  large blocks of text at the top of each panel, something here that works excellently to showcase  the words of Ray Bradbury 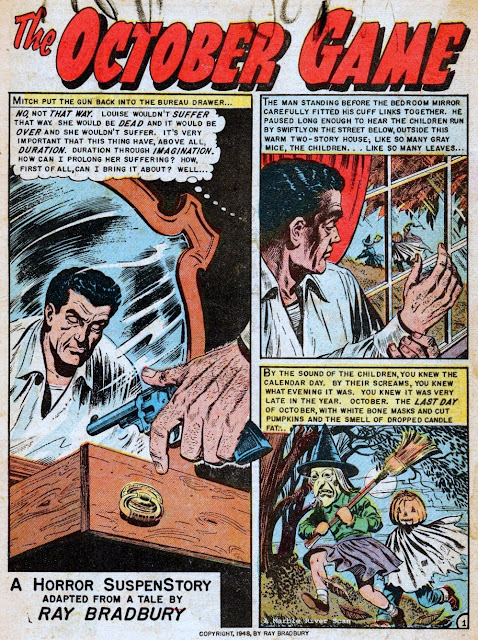 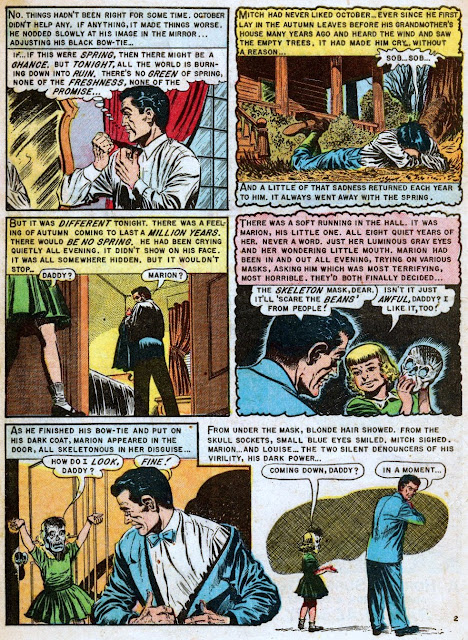 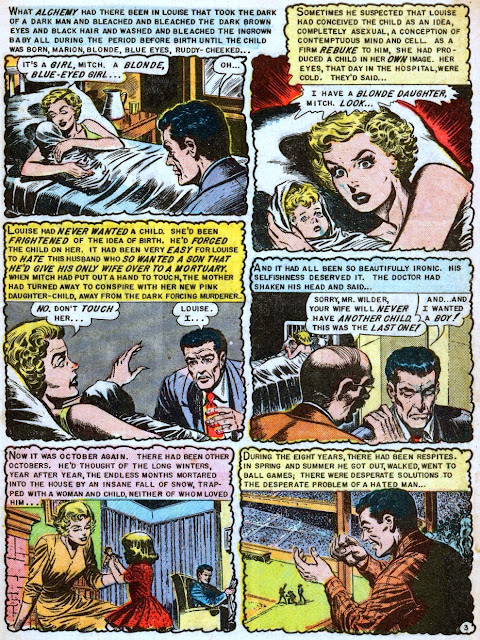 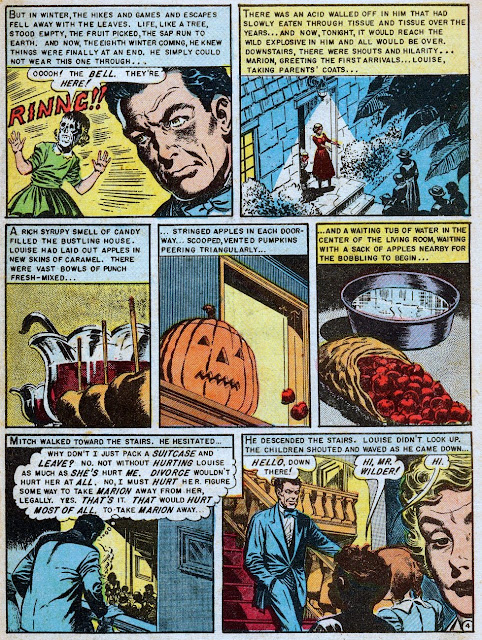 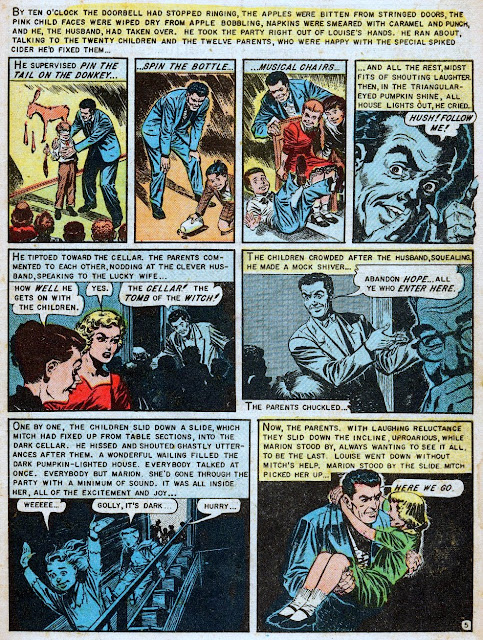 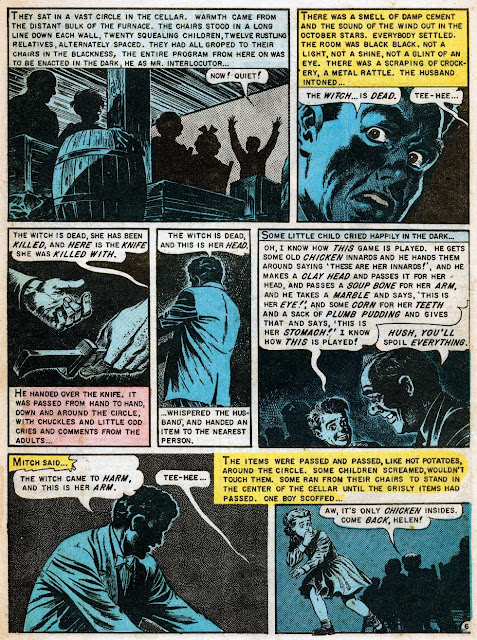 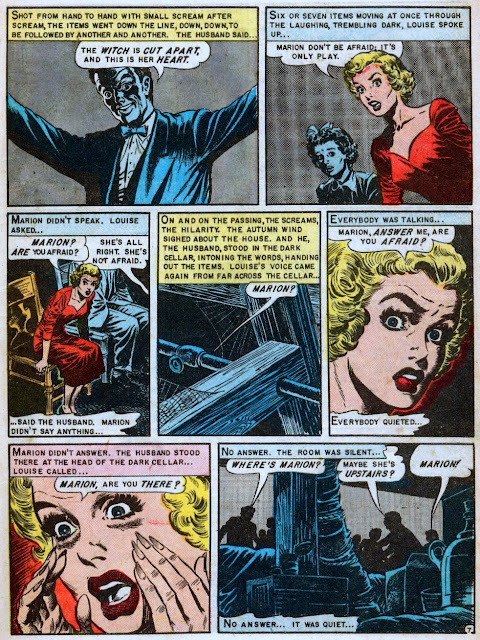 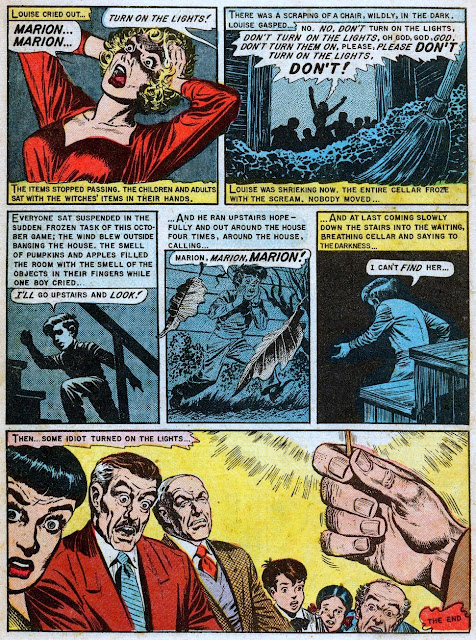 The art for this story is by Jack Kamen, not Reed Crandall, by the way.