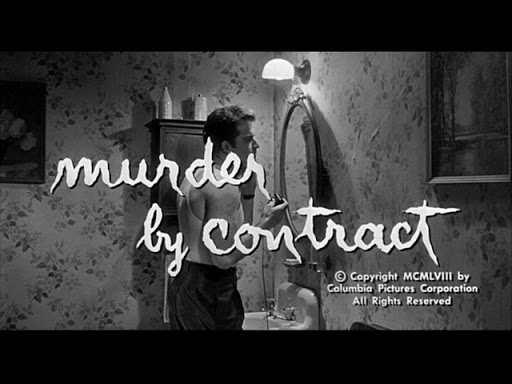 Shot in eight days on a budget that was minuscule even by B-movie standards, Murder by Contract exerted a profound influence on Martin Scorsese, who included homages to it in several of his own films, and dedicated his New York, New York to Contract director Irving Lerner. A stripped-down pulper that splits the difference between Bresson and Beckett (with a snarky undertone of Marxist critique), Contract centres on ice-cold Claude (Vince Edwards), who enters into the assassination racket as the most surefire path to his dream of home ownership. After several successful commissions on the East Coast, he is summoned to LA to take out ex–gangland moll Billie (Caprice Toriel), who is under heavy police protection in advance of her grand-jury testimony against her former paramour. Saddled with two whinging bodyguards-cum-babysitters (Herschel Bernardi and Phillip Pine), Claude meticulously maps out how he's going to bump Billie off, but his killer cool starts seeping away as chance and bad luck continually foil his best laid plans.--TIFF