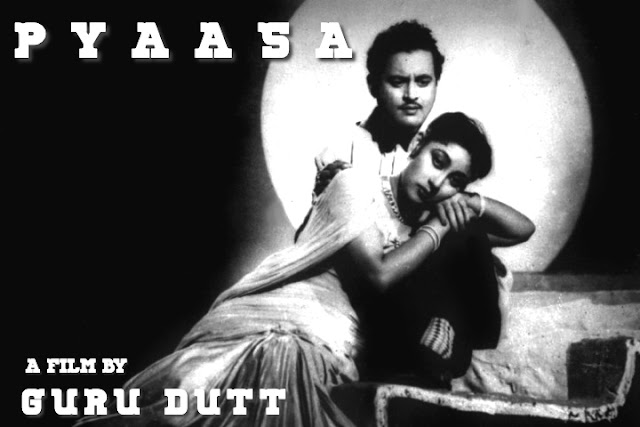 A direct poem about life, consumerism and a society in the need of God and love directly written on celluloid, Pyaasa masterfully and heartbreakingly showcases Guru Dutt's idealization of a society whose main priorities are based on human relationships rather than materialism. 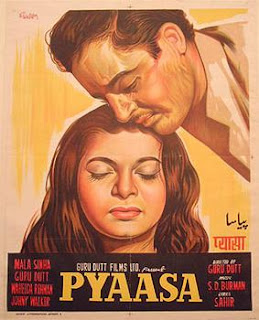 Reportedly, Guru Dutt fell in love with actress Waheeda Rehman while being married to famous playback singer Geeta Dutt. Rehman plays the archetipically good-hearted and good-natured prostitute Gulabo, the main source of strength and inspiration in Vijay's life. The details about their relationship are unclear up to date; some claim Rehman didn't correspond him back. According to his brother Atmaram, Guru Dutt was "a strict disciplinarian as far as work was concerned, but totally undisciplined in his personal life". What remains as a fact is that both were driven to alcoholism, and both Guru and Geeta died because of that sickness. Guru combined it with an overdose of sleeping pills, whereas Geeta suffered heavy liver damage. When Guru died, he wasn't even 40 years old.

The tragedies of his unbalanced life somehow found their way into his films, where his poems reflect the world he still longs for, no matter how idealized his characters might seem. Pyaasa masterfully combines what Guru knew is commercially successful and appealing with India's signature stamp in cinema. Therefore, it is artistically and emotionally pleasing, while also achieving to be thought-provoking and socially true. 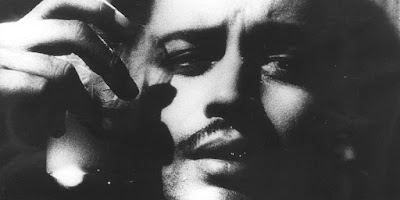 The true tragic poet is Guru disguised as a man named Vijay, and even if we are nobody to judge his personal life, nor to criticize his films based on his life, we can fully acknowledge the ugly truths that Pyaasa states about the society he sees, a world put upside down, hypocritical to the core, materialistically ambitious, that loves worshipping dead idols instead of valuing the living neighbor. It is a testament full of hope, with the finest atrezzos of the best Golden-Age Hollywood productions, with the aesthetics of a Japanese arthouse classic, sometimes with the female cast having Chinese mannerisms that we would see in modern Chinese films, but with its Indian heart put right in the middle, featuring an almost epic length, great musical sequences, heartfelt humor and, again, an ending that places a solution in spiritual nirvana and personal detachment rather than striving for finding your place within a crumbled society in all aspects.--Edgar Cochran, Letterboxd