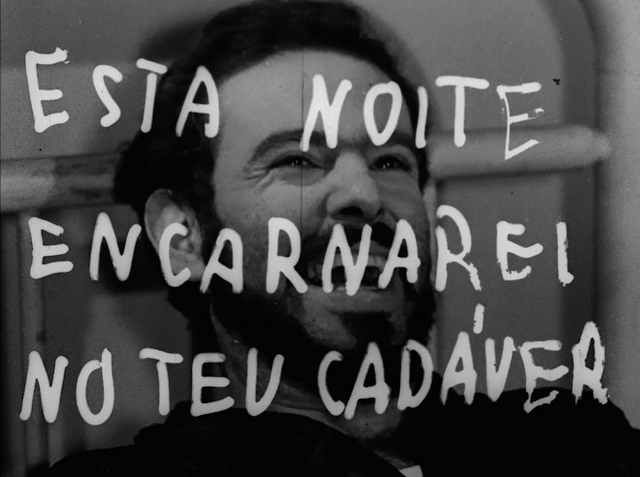 Coffin Joe: cultural icon, counter-cultural statement, sadistic lord of carnival horror. Once seen, rarely forgotten, often underappreciated, Zé do Caixão (Coffin Joe is a loose English translation) was the creation of Brazilian filmmaker José Mojica Marins. He played the recurring figure throughout a series of his own films, created the iconic look – long fingernails, top hat and cape – and eventually became the living embodiment of the character, with “Coffin Joe” and “Jose Mojica Marins” blending into one and the same in the hearts and minds of fans. It is perhaps because Marins poured so much of his soul into his creation that the two names began to interchange so effortlessly, with Coffin Joe ultimately taking on a life of his own that far surpassed the notoriety of his creator. 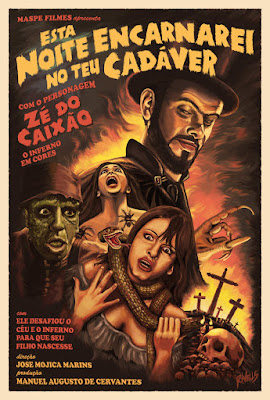 Without context, the power of Marin’s work is frequently undermined. Instead, critics tend to look to the lack of budget and the sadism and violence inherent in the scripts, failing to see the meaning and metaphor behind the rough-around-the-edges delivery, or the passion poured into its creation. It is exactly this factor that makes Marin’s work so ripe for reappraisal. No less than it deserves. At the very least, his work should not be considered beyond its political and cultural context, anything less is to miss the point entirely.

In early 1964, the Brazilian military (with the help of the US government) staged a coup d’etat against President João Goulart that saw the country fall under a military dictatorship until March 1985. Within this regime the media was heavily controlled, especially when it came to material considered a threat to public morality. Censorship was rife and objection punished through imprisonment or exile. But independent filmmakers resisted, and it was in this climate that Brazil’s ‘Mouth of Garbage’ cinema – the Cinema da Boca do Lixo movement – was formed. Taking its name from a slum red light district of São Paulo, it encompasses a diverse collection of films characterised by their low-budgets and allegiance to exploitation cinema, often defined by violent, sexual or other sensational elements. Marins found himself at the heart of this movement, and in November 1964 – only months after the new regime took control – he released the film widely credited as Brazil’s first horror film: At Midnight I’ll Take Your Soul (À Meia-Noite Levarei Sua Alma, José Mojica Marins, 1964). It caused outrage for its blasphemous delivery, graphic violence and sexual undertones.

This Night I’ll Possess Your Corpse (Esta Noite Encarnarei no Teu Cadáver, José Mojica Marins, 1967) was the second part in what became The Coffin Joe Trilogy. Taking off at where At Midnight I’ll Take Your Soul ended, the narrative returns to gravedigger Coffin Joe (who was seen being ripped apart by the ghosts of his victims at the end of the first chapter). He survives the attack, inspiring him to continue his mission: to create the perfect human through breeding with good female stock, an act Coffin Joe believes to be the key to immortality. In fathering the man that will lead the evolution of a master race, his legacy will live on.

Marins employs the defiance of Nietzsche, the confrontational aspects of Artaud’s Theatre of Cruelty, the surrealism of Buñuel, the blood and gore of Grand Guignol theatre, the shadows of Expressionism, and lashings of the Gothic grotesque to further expand themes explored in the first installment of the trilogy. Coffin Joe’s mission is unchanged: find a perfect woman and mate with her. The violence is as copious and brutal as in the first film. But here Marin is bolder, straying into the realm of the avant garde; a factor that became a far more prominent in his later films. Although he was working on another tight budget – most of the scenes were filmed in an abandoned synagogue, the actors all amateurs – this second part takes up the challenge of expanding the Coffin Joe universe; reaching far beyond the four walls of his humble home, or the local bar and graveyard settings of the first chapter. This time Marins sends him to hell.

And quite the hell it is indeed. The only scene filmed in colour in what is otherwise a black and white film, the lurid imagery conjures up hell as a psychedelic Sadean underworld, packed with writhing naked flesh; bodies hang from the walls, screaming and groaning in an orgy of pain and suffering, locked there for an eternity from which they can never escape. The most horrifying aspect for Coffin Joe is the sight of his exact double, sat on the throne, lord of the underworld. This discovery sends him reeling into a personal crisis, because he doesn’t believe in anything other than superior knowledge and intelligence. Hell is for the weak and superstitious.

These Sadean aspects are reflected in Joe’s torture lab – complete with a deformed henchman – where he takes women he kidnaps to test their suitability for his breeding programme by terrorising them with hundreds of spiders, feeding them to a pit of snakes when they fail.

One of the main criticisms of Marin’s work is that it is overly misogynistic due to its sexualised violence, and it would be easy to assume that his purpose is to sensationalise violence against women. But Coffin Joe’s violence is not gender specific: he is brutal to all humans (apart from children, who he views as innocent). As he gnashes his teeth, delivering diatribe after diatribe – all strongly aligned with Nietzsche’s philosophy on The Superman – it becomes clear his anger stems from a hatred of the human race in its present form, regardless of gender. The fact he doesn’t seek simply a womb as a vehicle for his unborn child, but a woman who can equal him, establishes that beneath the surface there is a lot more going on than simply sex. There may be a riotous celebration of carnality, and it’s part of the thrill, but there is also a dark nihilism at play that openly criticizes all levels of society, from the superstitious villagers and their reliance on faith and religion, to Coffin Joe’s megalomania as he becomes drunk on his own sense of personal power fueled by a knowledge that is deeply flawed. --Senses of Cinema