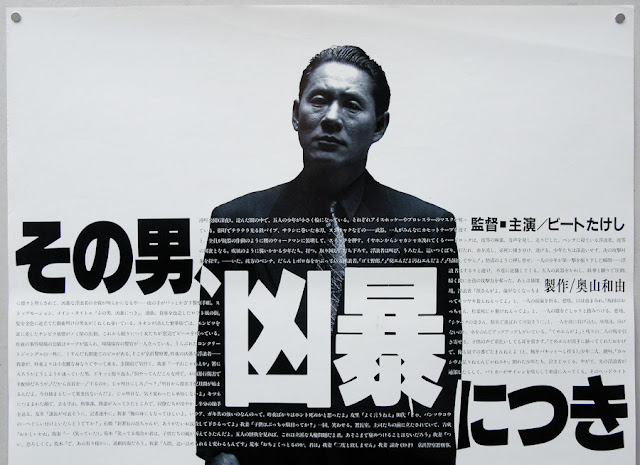 Slow, constant, steady. Violent Cop is a contemplative movie, even as ruthless masculinity courses through its veins. This is a film about an unorthodox, dirty cop but is very tranquil for a movie of that kind. It shows the calmness of letting life happen, and through that comes an acceptance of violence. The bone-shattering violence is patiently shown, even if spurts are abrupt, and its nastiness is never downplayed. The story goes dark places, the themes revealing a blackened soul so dead inside that it doesn't care about being revealed. The ending is morally despicable, which seems counterintuitive but actually solidifies the idea that nihilistic living is ultimately futile (a somewhat meta-nihilism). Violent Cop is a strong-willed and confident picture, dedicated to its execution and not fragile like so many movies which break so easily when dealing with serious themes. Instead, every scene feels extraneous due to their meditative nature and so no single moment proves valuable to the film's success. Instead, this is just one of those cool movies that takes it time. There is one moment when the tranquility is broken, in a sequence where the titular character is taunted about his sister, but that defining moment is the perfect setup for the film's contradictory ending. Violent Cop is a mood piece filled with toxic characters and a calm amongst chaos. Takeshi Kitano hadn't perfected his style in Violent Cop but nonetheless this is an assured depiction of a life lived without reason.--Darren Carver-Balsiger, Letterboxd