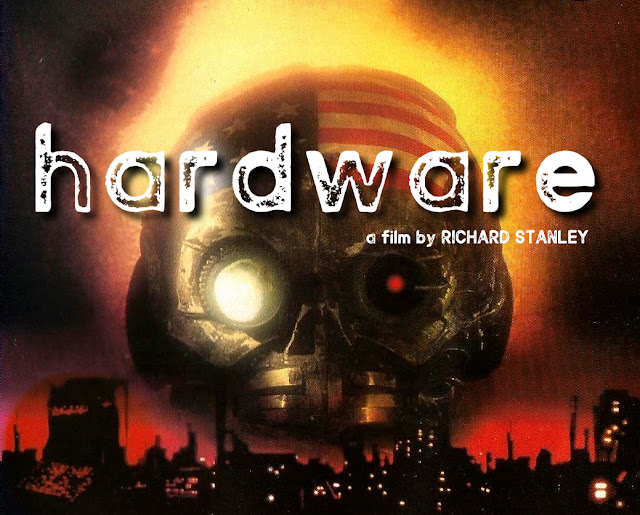 Richard Stanley was in Pakistan, and had just watched a man die, when he got a call from London. “It turned out to be a producer named Trix Worrell,” the director recalled. “By the time he found me, he was already desperate. He was using a lot of f-words. ‘You have no f------ idea how hard we’ve been working to f------ find you, mate!’ I hung up on him.”

Stanley, a director of pop videos for Public Image Ltd and Renegade Soundwave, was at a Red Crescent field hospital in the city of Peshawar, 31 miles from the border with Afghanistan. He’d fled there directly from the Battle of Jalalabad, a standoff between the Pakistan- and US-backed Mujahideen and the Afghan army. Some 15,000 people had died there during a savage battle marked by numerous atrocities against civilians.

And people were still dying. All around Stanley lay amputees bleeding out, and burn victims losing their fight for life. Stanley and his cameraman, Immo Horn, had been among the fortunate ones. They’d taken fire from Afghan forces at point-blank range, only to stagger away unharmed. Stanley likened their escape to the Pulp Fiction scene in which John Travolta and Samuel L Jackson’s characters face a hail of bullets – and yet survive. (Horn had, however, been wounded by shrapnel, hence their hospital trip.)

And now this: an executive from London-based Palace Pictures, desperate for Stanley to come back to Britain. Having joined the Mujahideen in frustration at his moribund movie career and with the vague intention of making a documentary, the South African filmmaker had seen death at first hand. The last thing he’d expected was his old life to come crashing through the walls. He had no idea how to react.

“Trix had tracked me down,” Stanley told the Without Your Head podcast in 2017. “They wanted to option my script. The Hardware script had been floating around London like a raisin dropped in a glass of champagne.

“Without me knowing, it had gone from one set of hands to another and had found its way to Steve Woolley at Palace Pictures… I was so confused, I didn’t take it seriously for a period of time.” 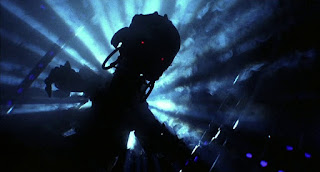 But, against the odds, Hardware was about to get made. In an even more unlikely twist, it would become a surprise money-spinner for Harvey Weinstein’s Miramax, thanks to the company having a relationship with Woolley that led them to distribute such Palace hits as The Crying Game and Scandal. Hardware would also serve as an acting showcase for two of rock’s craggiest icons: Iggy Pop and Lemmy (of Motörhead).

And it would represent the opening chapter of Stanley’s unconventional career as a feature director. He subsequently made the 1992 cult chiller Dust Devil before things went spectacularly awry in 1995 after he was given the job of directing the disruptive duo of Marlon Brando and Val Kilmer in The Island of Doctor Moreau. (After just three days on set, he was fired by fax.) Recently Stanley has achieved another milestone, as his adaptation of HP Lovecraft’s Colour Out of Space opens in cinemas.

All this, however, was in the future. As Stanley put down the phone in Pakistan, he wondered if he wasn’t dreaming. In subsequent months, that suspicion would never entirely dissipate. Halfway through the Hardware shoot, which took place at the Roundhouse in Camden, Horn turned to his director and suggested that they must have died back in Jalalabad, making everything since a grand hallucination. Stanley wasn’t sure he disagreed.

“It did feel a little uncanny,” he told Screen Anarchy in 2009, “as if… we weren’t really on set but in Hell all along. And that the folks surrounding us weren’t really our friends, colleagues and loved ones, but demons sent to devour us.”

“No one had really heard of post-traumatic stress disorder at the time, but I guess it helped give Hardware a certain edge, an authentic stench of trauma. Hardware is what we had instead of therapy.” 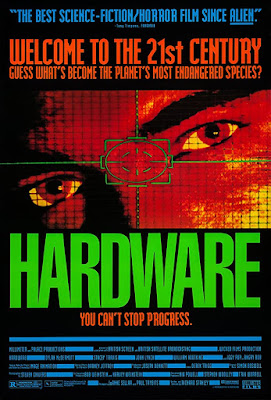 On its release in October 1990, Hardware would be hailed as a pulp masterpiece. The story is stunning in its simplicity. In a far-future Earth ravaged by global warming, a scavenger (Fields of the Nephilim frontman Carl McCoy) discovers a buried robot. He sells it to an ex-soldier, who passes it on to his sculptor girlfriend.

Unbeknownst to all, the MARK-13 is an experimental combat droid capable of self-repair – and programmed to dismember on sight. Soon it’s chasing heroine Jill (Stacey Travis), boyfriend Moses (Dylan McDermott) and sundry other characters around a dystopian apartment complex, armed with a chainsaw, rending claws and a deadly toxin. Stanley, not-so-subtly, also flags a Bible verse – Mark 13:20 – “No flesh shall be spared”.

Stanley had intended for the film to be set in a future-shock Britain, but under pressure from Weinstein and Miramax, he agreed to a transatlantic casting. Hence Travis, a Texan, shares the screen with British actors such as Mark Northover and Paul McKenzie.

“I didn’t believe the movie would get made,” Stanley later revealed. “They used extraordinary means to get me back from Afghanistan. They chartered my immediate ex-girlfriend to bring me home. I [went] directly from the Afghan conflict to developing Hardware.”

Stanley had used his music industry contacts to convince Iggy Pop to play the part of DJ “Angry Bob” (who never appears on screen). And he talked Debbie Harry of Blondie into portraying a cab driver plying the flooded byways of his future city. Unfortunately, she dropped out to go on tour. So the director went to the nearest pub, on Chalk Farm Road in Camden, in search of a replacement. There he found Motörhead’s Lemmy: “He agreed to do it in exchange for a bottle of Jack Daniels.”

“You like to be in a movie,” Lemmy later said in a behind-the-scenes feature about the making of Hardware. “But you don’t realise how boring it is to be in one. It’s bloody boring, acting in a movie. It’s standing around really.”

“It was shot in London in the middle of winter,” Stanley added. “The weather was like a hurricane at times. It was all made more difficult by the fact Lemmy wasn’t following his script [and was] ad-libbing all the dialogue.” 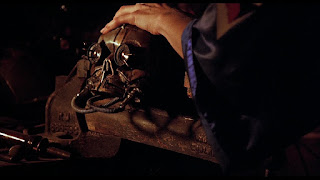 Palace had stumbled on Stanley’s script after it decided to make a straight-to-video horror in the vein of Evil Dead, and the distribution deal with Miramax had raised the stakes. The budget of $800,000 (£626,000), however, was still puny considering the many special-effects shots required.

Stanley’s solution was to hire a crew made up of eager newcomers. These included 15-year-old Chris Cunningham, later to become famous directing videos for Björk, Aphex Twin and others. “He was already a genius,” Stanley remembered. “There were a lot of young people. All too young. None of them [were] paid enough.”

Back then, the Roundhouse was essentially a dilapidated shed, full of junk and detritus. But it was cheap: it cost less to film there for a week than it cost to hire a soundstage at Pinewood for a day. The director was able to scrimp further by shooting through the night. He used two crews, the first working with the actors until 6.30pm, then the second coming in and filming the FX sequences. Stanley was on set throughout: “We were able to run 24 hours, which meant that I didn’t get much sleep.”

Hardware was hailed as an instant splatter classic, and Miramax took the extraordinary step of putting this mere B-picture in 700 screens across America. It duly opened at number six in the box office, going on to gross $70 million. 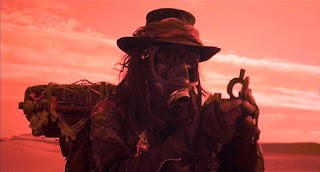 But its success was double-edged. It landed Stanley with a lawsuit from 2000AD, which accused Hardware of lifting the robot-repairs-itself storyline from its 1980 strip SHOK! Fleetwood Comics went to court; subsequent releases of Hardware were required to include a credit acknowledging 2000AD as the source material.

Stanley’s gonzo adventures in the B-movie business were just beginning. He would go through further hell filming his next picture, Dust Devil, on location in Namibia. In the end, he was locked out of the editing room by the financiers. That was followed by The Island of Doctor Moreau, a $40-million disaster. Stanley was fired after three days of running battles with Kilmer, who had turned up at the tropical Queensland set in a sulk after discovering that his wife, Joanne Whalley, was divorcing him.

Stanley would, though, bounce back with Colour Out of Space. After condemning him to 24 years on a director’s desert island, Hollywood has suddenly embraced this maverick again. He’s already looking forward to his next project, an adaptation of Lovecraft’s The Dunwich Horror.

Yet for many, Hardware will always be his masterpiece. It’s weird and rough-hewn; it has a robot with a chainsaw and Lemmy from Motörhead driving an apocalyptic taxi. What else is required?

As Stanley says of the shoot: “I was actually in pretty murky psychological shape at the time. I had been fished out of the war in Afghanistan and put straight into pre-production. They were strange experiences to have back-to-back. I guess a lot of that spills over into the movie and the way it looks.”
--The Telegraph
Email ThisBlogThis!Share to TwitterShare to FacebookShare to Pinterest