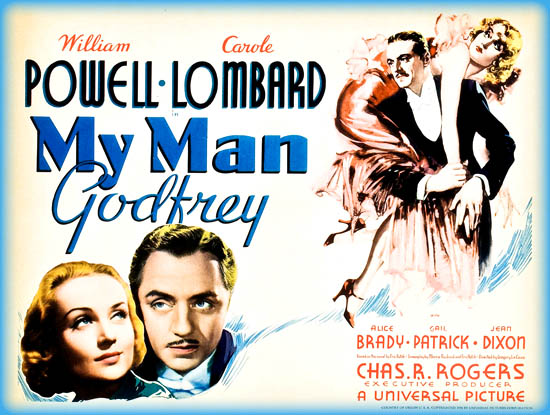 Sometimes escapist films only need to take the audience a few steps, or city blocks, from reality. Gregory La Cava’s My Man Godfrey, a peerless comedy from Hollywood’s Golden Age, is a screwball with a social conscience. This 1936 classic is a glamorous 90 minutes of frivolity that doesn’t so much explore the divided society of the Great Depression, as take the imbalance between the haves and have-nots as the launchpad for a series of grimly bitter jokes. With slammers of punchlines.

In the movie’s audacious opening scene, we meet William Powell as Godfrey, “Duke” to his down-at-heel pals. He’s a tramp, apparently, living on a New York City dump under the shadow of the Queensboro Bridge. Two cars pull up next to the ash piles, disgorging Cornelia and Irene Bullock, “Park Avenue brats” in evening wear. They’ve come to find a “Forgotten Man”, a victim of the Depression, as part of a grotesque scavenger hunt game being played by the wealthy patrons of the glittering (fictional) Waldorf Ritz Hotel. Offered five dollars to be dragged into the foyer as a prize, Godfrey quite understandably pushes the haughty Cornelia into a heap of muck. But his relationship with Irene (Carole Lombard) takes a more interesting turn. Irene wins the scavenger hunt by bringing Godfrey to the hotel, but also gives him a job as the family butler. This being a comedy, romance will ensue. But as it’s a screwball, something nastier will follow. 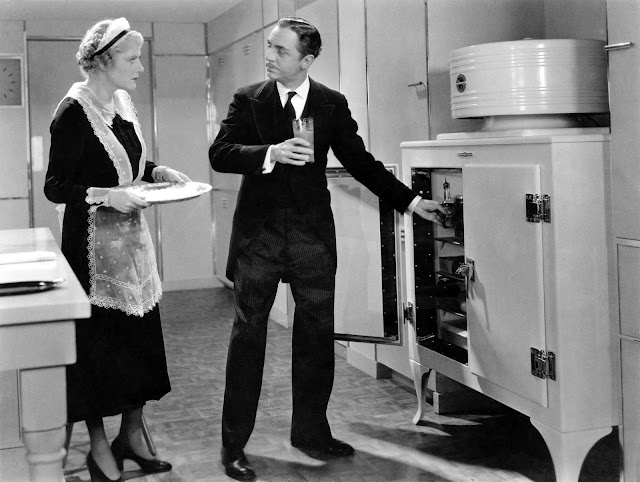 The humour in My Man Godfrey is madcap, but in the best way, and the main source of comedy is the vulgar behaviour of the spoiled, witless Bullock family. Their zigzagging conversations are filled with entertaining gibberish about proteges and pets, until their disregard for the wellbeing of those who work for them becomes as ridiculous as it is mean. Alice Brady is particularly unhinged as the alcohol-addled mother, who sees pixies but not the plain truth. Eugene Pallette has a more flattering role as the exasperated patriarch. While the Bullocks have the most sparkling dialogue, the lower-class characters have the best lines. Told that “prosperity is just around the corner”, one tramp mutters, “I wish I knew which corner”, while Godfrey’s exchanges with the Bullocks’ maid (“May I be frank” – “Is that your name?”) are far more to the point that the family’s meaningless noise. The dialogue is mostly the work of director La Cava, who co-wrote the script with Morrie Ryskind from Eric Hatch’s novel 1101 Fifth Avenue, but also liked to improvise on the shoot. Lombard said that anyone who enjoyed the film should “credit 75% of it to Gregory La Cava, who directed it, wrote all the dialogue, and literally gave birth to it”. Her own on-set ad libs were mostly too blue to make the final cut.

It’s a sly film too, that satirises and glamorises in the same breath, where a hotel foyer full of high-society types is compared to a lunatic asylum. It’s likely Lombard never wore a more beautiful gown than the shimmering silver number, complete with cape, that Travis Banton designed for her to wear in this film. That her character wears it to a trash-heap, in search of a human prize “that nobody wants”, is the essence of the film’s satire. And yet poor Irene is one of the best of a bad bunch: sincere if stupid, kind-hearted if misguided.

Lombard remains the queen of the screwball subgenre, and her Irene, who talks, and acts, in an outlandish stream of consciousness, is one of her finest creations. “Nutty, slaphappy, goofy” was how her friend Mitchell Leisen summed up Irene, recalling how Lombard strove to make sense of a woman whose words “lacked continuity, were unrelated and without thought”.

Despite the diverting babble and dramatic poses, her character has a clear path. From the moment she meets Godfrey in the dump, her life of luxury begins to tarnish. As she explains the rules of the scavenger hunt, she seems astonished by the absurd cruelty of the project – a prank she once took for granted that now seems as strange as wearing a silver evening gown to a Hooverville shanty town. It’s the start of something. Irene and Godfrey have a few layers of pretence to shed before they can be united – his pretensions are just as calculated as her artful tantrums, although he has nobler intentions. 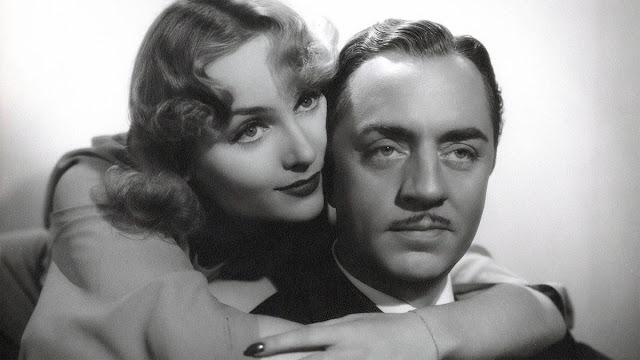 There’s joy to be found in the romance between Godfrey and Irene, though in this comedy of misunderstanding, their affair runs along parallel tracks, seemingly destined never to meet. Powell and Lombard spark beautifully with each other. Well they might: they had previously been married for two years, and remained pals in the three years since their divorce. In fact Powell nominated Lombard for the role – he knew she was the best fit for the film – and their divorce had been as amicable as their marriage, which was undone by the 16-year age difference, and then Lombard’s introduction to Clark Gable, who would become the great love of her short life.

Hollywood escapism is rarely as simple as it promises to be, and the best Golden Age treasures have more to offer than silk gowns and sharp dialogue. As films tend to, My Man Godfrey offers a neat, gentrified solution to many of America’s prevailing ills, one that may seem increasingly unconvincing as the decades turn by. Films may not be the place to make social policy, but the best of them can make us look at the world in new way, just as Irene does.
--The Guardian