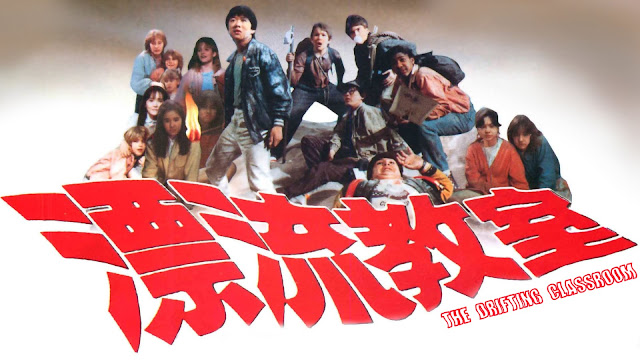 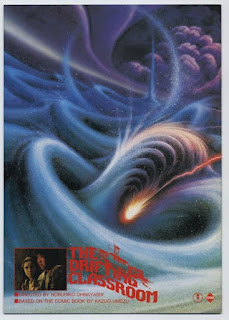 I must remark that stuff of this vein is really -- filmically -- the only shit that scares me at all anymore. And its not only something about the immensity of inexplicable cosmic horror, but the strains of sentimentality and tonal discombobulation, the stilted English line delivery of smiling child actors as they are sucked into the unending swirl of an existentially horrifying alter-reality, the unease of Hisaishi's saccharine scoring and the acknowledged artifice of the rickety, yet imaginatively vast, visual effects. That clash between sweet and savage, massive and miniature, and the weirdness of the whole thing in general -- it just nestles under my skin in such a weird way. I was truly captivated by this, so despite its numerous and glaring shortcomings, I note that it has an uncompromising vision of that cosmic horror -- its culmination with the weird pseudo-philosophical coming-of-age monologue at the open-ended finale is a magnificent cluster of mixed emotions, an extravagant testament and faith in the spirit of humanity and its endless resiliency and forward momentum, and yet simultaneously this monumentally, hopelessly, vast and monstrous nightmare of inescapable otherworld.

I've been trying to see some other Obayashi for years. The complete lack of his filmography's availability in at least the United States is such a depressing annoyance. Having finally seen another piece of his its clear the maestro behind House had much more to offer beyond it -- this is both clearly a work of the same madness, and almost equally as rich and wild a film. --Jarrod White, Letterboxd