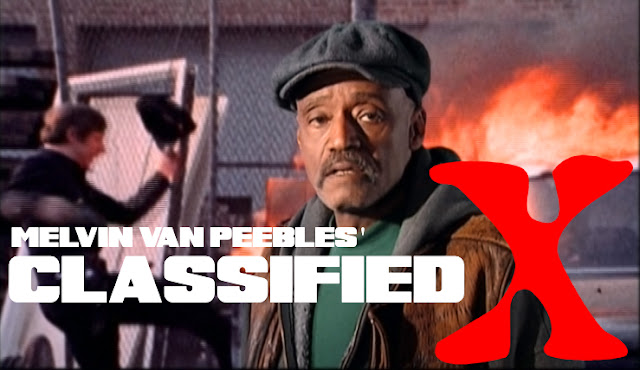 Melvin Van Peebles (a key black filmmaker who was acknowledged in a 1967 Festival tribute) narrates this documentary, made for European television, on the history of African American screen images. Van Peebles describes what to him is more than a travesty, but a tragedy: as a boy, he learned shame while sitting in movie theaters. (As an adult, Van Peebles would powerfully address these very images in his film Sweet Sweetback's Baadasssss Song.) Classified X traces the progression from the "old Negro" stereotypes, to the "new Negro" of liberal postwar Hollywood, to the "no Negro" of today. And it shows, with simple irony, how very much alike they are. Witnessing the early all-black cinema's attempts to "buy a few precious seconds of black humanity on screen," then seeing Leslie Howard portraying a Negro, we have to ask, along with Van Peebles, How does Hollywood get away with it? --BAMPFA