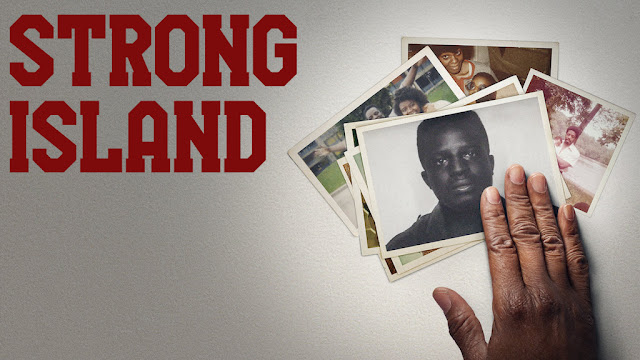 On April 7, 1992, in Central Islip, a Long Island suburb of New York City, William Ford, Jr., a twenty-four-year-old man, was shot and killed by Mark Reilly, a nineteen-year-old auto-body-shop employee. Reilly had held onto Ford’s girlfriend’s car for longer than the couple had expected the repairs to take. His tow truck had hit them two months before, and a deal was struck whereby the auto shop would fix the damage if they didn’t file a police report. After an argument over the delays, Ford again went to the auto shop and was killed. The grand jury declined to indict Reilly for manslaughter, accepting the district attorney’s findings that, afraid for his life, he had shot Ford in self-defense. More than twenty years later, the investigating officer on the case assured Yance Ford, the director of “Strong Island,” that he had left no stone unturned at the time; it was just an “unfortunate thing.”

In Yance Ford’s powerful, disturbing, and very personal documentary, details are important. What happened in 1992 was the murder of Yance’s own brother, a black teacher, William Ford, Jr., who grew up in the black enclave of Central Islip. He was shot in the chest with a rifle by Mark Reilly, a young white man. The shop’s owner had a record of running a shady business. William Ford had no record and was about to take the entrance exam to be a corrections officer. Ford’s mother, Barbara Dunmore Ford, an educator who founded Rosewood, a school for women on Rikers Island, says in “Strong Island” that she will believe until her dying day that the grand jury of twenty-three white people did not return a true bill because her son was a black man. As the documentary makes plain, the grand jury didn’t care to find out what really happened. The police and the Suffolk County district attorney’s office shielded the white youth immediately, never doubting his testimony that he was frightened of Ford, a short but stocky young black man. As Yance Ford observes to the camera, William Ford, Jr., became the prime suspect in his own murder. 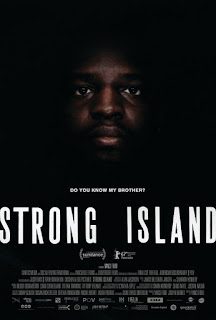 “Strong Island” is the story of a black family that could not sustain the blow of racial injustice and fell apart. They were doing everything right, and then were destroyed by all the things that they thought they’d left behind in black history. Barbara Dunmore Ford remembers that Yance Ford’s grandmother had been forced to leave school in the fourth grade, in South Carolina, to go to work stripping tobacco. Dunmore Ford was herself a girl when she taught her own mother to read and write. The experience gave her a love of teaching. Her father died of an asthma attack, unattended in the colored section of a hospital waiting room. When Dunmore Ford recalls how much she and her husband, William Ford, Sr., loved New York City, implicit in that is their escape from the segregation of nineteen-sixties Charleston, South Carolina.

William Ford, Sr. had hoped to be a draftsman, but in order to take care of his family he gave up school and became an M.T.A. motorman, working the night shift. He wanted to get his family out of the city, and real-estate developers in Central Islip were looking for black government employees who could afford to be homeowners. Dunmore Ford tells us that she didn’t like it. The elderly Jewish women in Brooklyn had been neighborly; for her, Islip was moving back into a segregated community. “It draws a line around your life,” she says. The children had a good time, while the parents labored to keep them in Catholic schools, because, in reality, the public schools weren’t good enough, although the property taxes were high. “My father just believed in my mother’s ability to do anything,” Yance Ford says, and the children were brought up to believe that “our principal job in life was to love each other.” William and Yance’s younger sister Lauren Ford remembers how protective her brother was, and that she was the first person to tell her that she was pretty.

Since Trayvon Martin’s killing, we have become familiar with the testimony of black parents concerning the talk they must have with their teen-age sons, the one that tries to prepare them as young black males for encounters with the police. It’s a talk rooted in black history, and it cuts across class lines. The generational exchange that was once portrayed in black drama as beaten-down old heads pleading with defiant, reckless youth has been revised as a responsibility of black tutelage, a passing on of necessary survival techniques. Don’t talk back; above all, don’t run. It is heartbreaking to hear Ford’s mother reproach herself for not having had that talk with her older son, for telling her children to judge people by their character, not by the color of their skin. She wonders how she could have been so wrong. “I did William a great disservice in raising him the way we did,” she says. Perhaps she means that she hadn’t warned him about what white people could get away with when it came to their dealings with black people. Her son had become frustrated as a customer, forgetting all about inherited white resentment of black anger.

“Strong Island” tells either of a racist coverup or of the racism that determined which questions the white investigators asked in William Ford, Jr.,’s killing. His friend Kevin Myers, who was outside the body shop when the shooting occurred, was prepared to testify in court that the auto mechanic had had no reason to be fearful during either of his two confrontations with Ford, even though Dunmore Ford herself had been “disrespected” by the mechanic when she and Ford’s girlfriend came by to check on the car. Ford and Reilly were never alone in the shop; Ford was not armed, but during the first confrontation at the business he had picked up and brandished a car door, to some laughter in the shop. Detectives seemed only interested in asking the friend how much he himself weighed, and how much Ford weighed—as if to gauge how much of a physical threat they were. Early on in the film, Yance Ford says, “I am unwilling to accept that someone else gets to say who Williams was. And if you’re uncomfortable with me asking these questions, you should probably get up and go.” Racism is character assassination.

The family understood that what a D.A. tells a grand jury is crucial. Outside of the courtroom, they were the targets of intimidation by an unfamiliar car that often parked across the street from their house, and by phone calls in the middle of the night, every night; nevertheless, inside the courtroom they expected justice. What do you do when the system fails you? The tragedy left the Fords in some deep way unable to comfort one another. We get the feeling that parts of them retreated inside themselves, away from family connection. William Ford, Sr., suffered a stroke the year after his son’s killing. He died before Yance Ford began work on “Strong Island,” and his is the other absence mourned in this film. Dunmore Ford died during the making of the documentary, an event that becomes a part of story. Yance Ford’s documentary is about trying to establish what happened the night that William Ford, Jr., was killed, and what happened during the investigation, but also what happened to the Ford family afterward. The easiest way to deal with black people is to ignore them; the easiest way to cope with pain is not to speak of it, even to the self.

The day he was killed, William Ford, Jr., had been a witness at a high-profile trial. A white assistant district attorney in Brooklyn had been shot during a holdup at an A.T.M., and it was William Ford, Jr., who had chased and tackled the gunman. It would be an insult to call this an irony. It’s impossible to ignore who the surviving Fords in “Strong Island” are: Barbara Dunmore Ford, Lauren Ford, and Yance Ford are gripping in everything they say. A summary of the case gives no sense of the experience of watching “Strong Island,” in which the visual narrative, put together with subtlety and refinement, unfolds from the story itself. That story is handed from person to person, tied together by the voice of Yance Ford, who, at different moments in the film, reads from the last pages of William Ford, Jr.,’s journal, and from his autopsy report. Here are home movies, sixteenth-birthday parties or college graduations, and photographs from the nineteen-seventies and eighties, Polaroids that have turned into a family archive. Those are Yance Ford’s hands shuffling the photographs, laying them out, and Yance Ford’s voice interrogating the past, face tightly framed. It would be cowardly of the viewer to look away. The film is a form of justice. “Strong Island” is so quiet, so dignified—if that is not too Booker T. Washington a thing to say. There is no hint of Rodney King or the gangsta rap of that time, 1992, the year of William Ford, Jr.,’s death. Respectful attention must be paid, because grief is in the room. --New Yorker