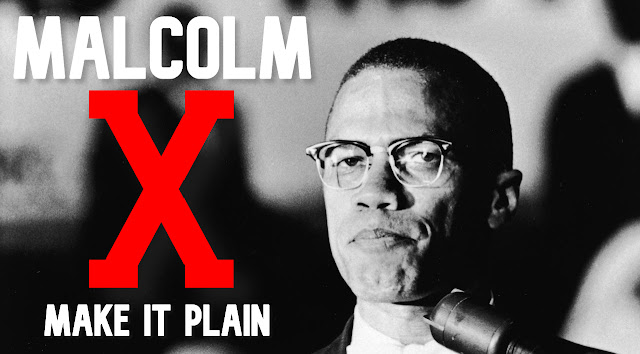 Political philosopher and visionary, husband and father, dynamic orator and militant minister. In his lifetime, Malcolm X was many men. Born Malcolm Little, he later became "Detroit Red" and "New York Red" — a hustler, drug pusher, pimp, con man and the head of a Boston robbery ring. After spending time in prison, he emerged as Minister Malcolm — Malcolm X, the fiery, eloquent spokesman for the Nation of Islam. Finally, he became El Hajj Malik El Shabazz, an internationally recognized leader and advocate for oppressed peoples. He was both loved and despised, revered and feared — until an assassin's bullet cut him down at age 39.

American Experience marks the 40th anniversary of his death with "Malcolm X — Make It Plain." This in-depth film portrait goes straight to the heart, mind and message of one of the modern era's most complex figures. Actress Alfre Woodard narrates the special.

This film chronicles Malcolm X's remarkable journey from his birth on May 19, 1925 in Omaha, Nebraska, to his assassination at the Audubon Ballroom in New York City on February 21, 1965. His compelling story is told through the memories of people who had close personal and working relationships with him: prominent figures such as Maya Angelou, Ossie Davis and Alex Haley; Nation of Islam associates, including Wallace D. Muhammad, the son of Elijah Muhammad; and family members, including his wife, Betty Shabazz, and his oldest daughter, Attallah Shabazz. Included is extensive archival footage of Malcolm X, speaking in his own words at meetings and rallies, and in media interviews.

At a time when black civil rights leaders preached harmony and integration, Malcolm preached a militant gospel of self-defense and nationalism that terrified many whites and disturbed, yet also inspired, black Americans. After his travels to Africa and Mecca, he returned with a deeper understanding of Islam and a new willingness to accept white allies. "The white man and the black man have to be able to sit down at the same table," he said in his last year. "Then they can bring the issues that are under the rug out on top of the table and take an intelligent approach to getting the problem solved."

In 1965, under attack from the Nation of Islam and under surveillance by the FBI, Malcolm X was assassinated while delivering a speech. Who killed him and why remains a mystery to this day, 40 years after his assassination. --PBS