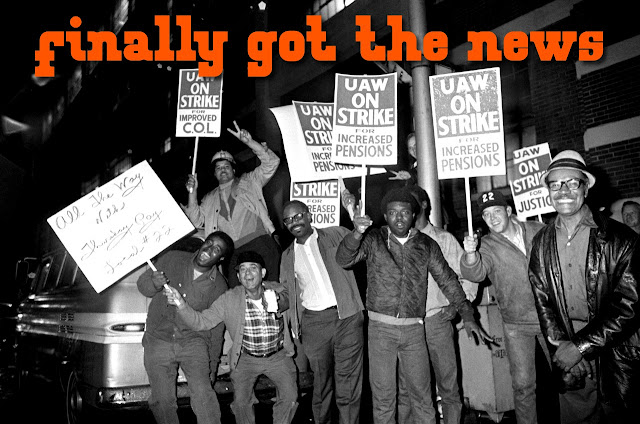 Finally Got the News is a forceful, unique documentary that reveals the activities of the League of Revolutionary Black Workers inside and outside the auto factories of Detroit. Through interviews with the members of the movement, footage shot in the auto plants, and footage of leafleting and picketing actions, the film documents their efforts to build an independent black labor organization that, unlike the UAW, will respond to worker's problems, such as the assembly line speed-up and inadequate wages faced by both black and white workers in the industry.

Beginning with a historical montage, from the early days of slavery through the subsequent growth and organization of the working class, Finally Got the News focuses on the crucial role played by the black worker in the American economy. Also explored is the educational 'tracking' system for both white and black youth, the role of African American women in the labor force, and relations between white and black workers. --Icarus