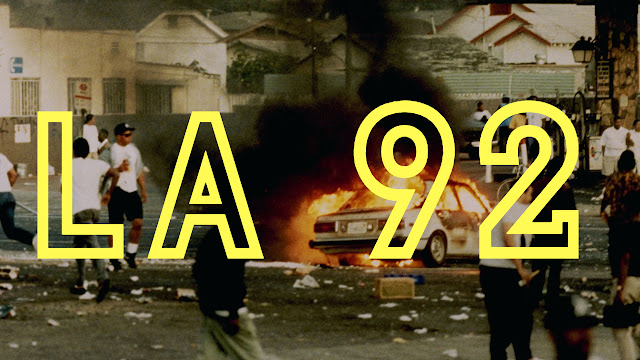 A vital archival document. No talking heads. All images sourced from news footage and home camcorders. Begins with the Watts protests and continues with Rodney King, but the film is structured as a ceaseless stream of pain and anguish, rage and fury. The filmmakers know that systemic racism, the failure of the justice department, and the brutalization of the Black community by the police state will continue, and it has. We have seen this again and again, and the film asks us to be emotional spectators, to recognize the patterns in coded racist rhetoric by officers, presidents, judges, and government officials, and to observe the minimal changes, the little differences that only further emphasize how hardly anything has changed in this fucked-up country. It's awful how with films illuminating the past, they also relate immediately with the present-day. Turning off Netflix and then opening and scrolling through Twitter is harrowing. There is no difference. This should not be the case. Abolish the police, recognize that black lives matter, and be vigilant in this time of anxiety and rebellion. --Silentdawn, Letterboxd